Warning: Declaration of FDX_Widget_search::form() should be compatible with WP_Widget::form($instance) in /home/customer/www/blog.kingofwatersports.com/public_html/wp-content/plugins/wp-twitter/modules/class-p2.php on line 47
 » Axis Kiteboarding 2015
Home
Kitesurf

AXIS design & develop kitesurfing boards in New Zealand and test them across the Pacific, America, & Europe.

AXIS kiteboarding philosophy is to produce the best products for the rider experience, why? Because they can, and we ride them too.

AXIS Kiteboarding is a growing family with roots at the beginning of kiteboarding sport, their boards represent one of the best on offer. So join King of Watersports and see for yourself that AXIS kiteboards are performance kiteboards. 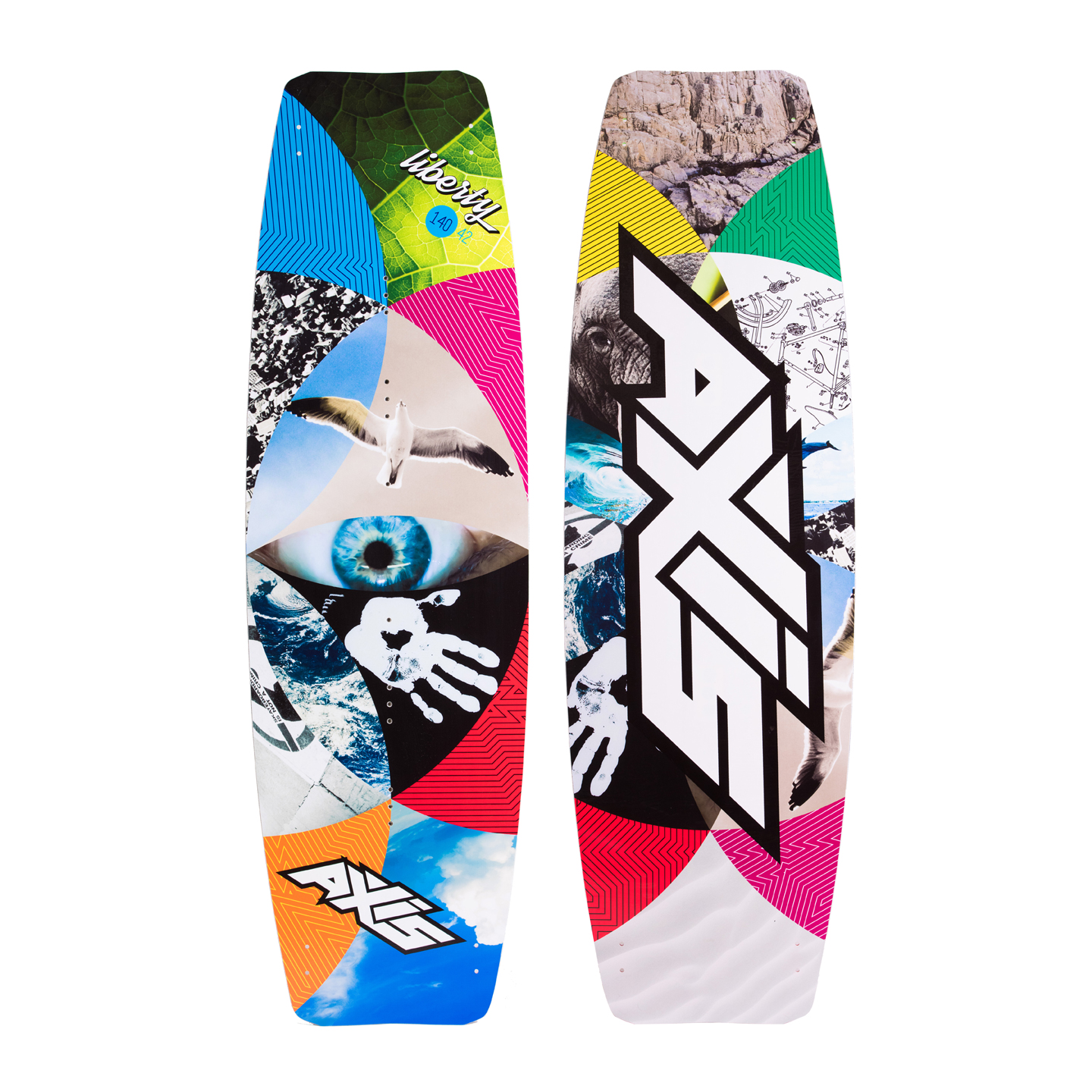 The 2015 AXIS Liberty gives you the freedom to pursue your dreams, if your dream is to get up and ride! The Liberty is designed for beginners to intermediate riders. The Liberty’s soft, forgiving nature makes this the perfect board for entry-level kiters and people who require all-round performance. The construction is fiberglass and a Paulownia wood core, providing a great board at a competitive price. 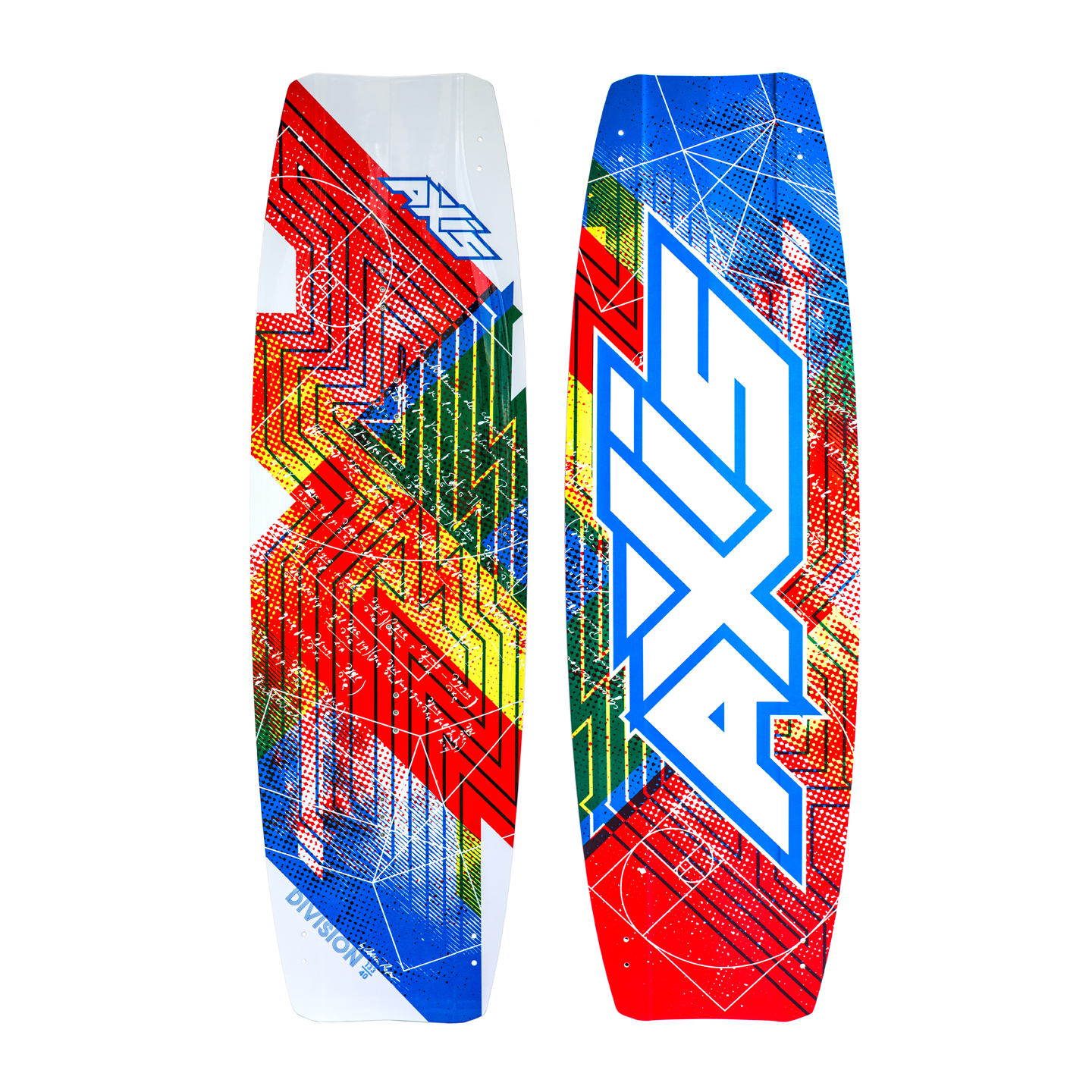 The AXIS Division 2015 has a straighter outline in the middle and is more curved in the tips making it smooth and stable, instantly comfortable, and a blast to use. 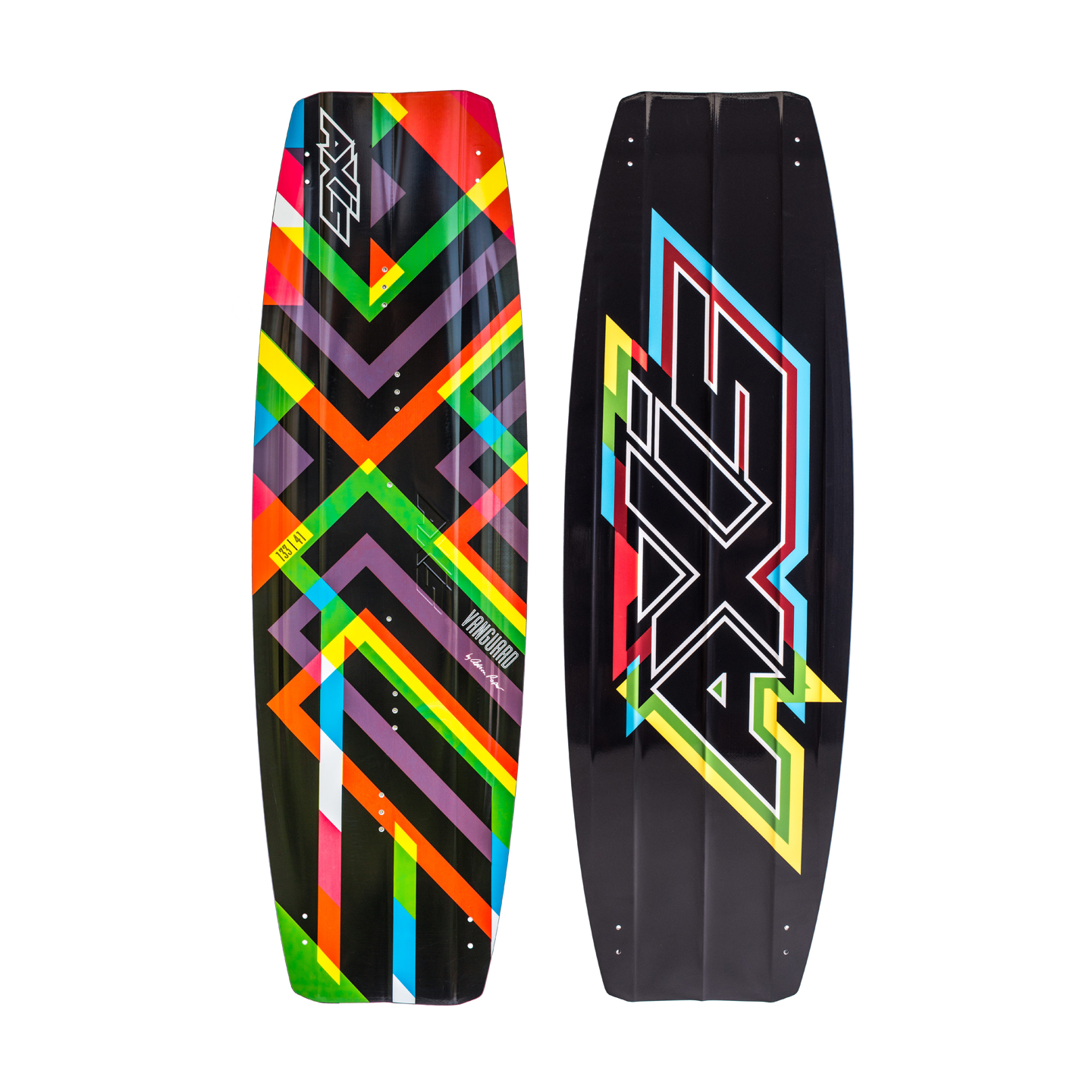 The Axis 2015 Vanguard is a freestyle machine. This board wants to be pushed to the absolute limits. With its explosive pop, incredible tracking and smooth landings the Vanguard will deliver the utmost performance in all conditions and excels as you do. 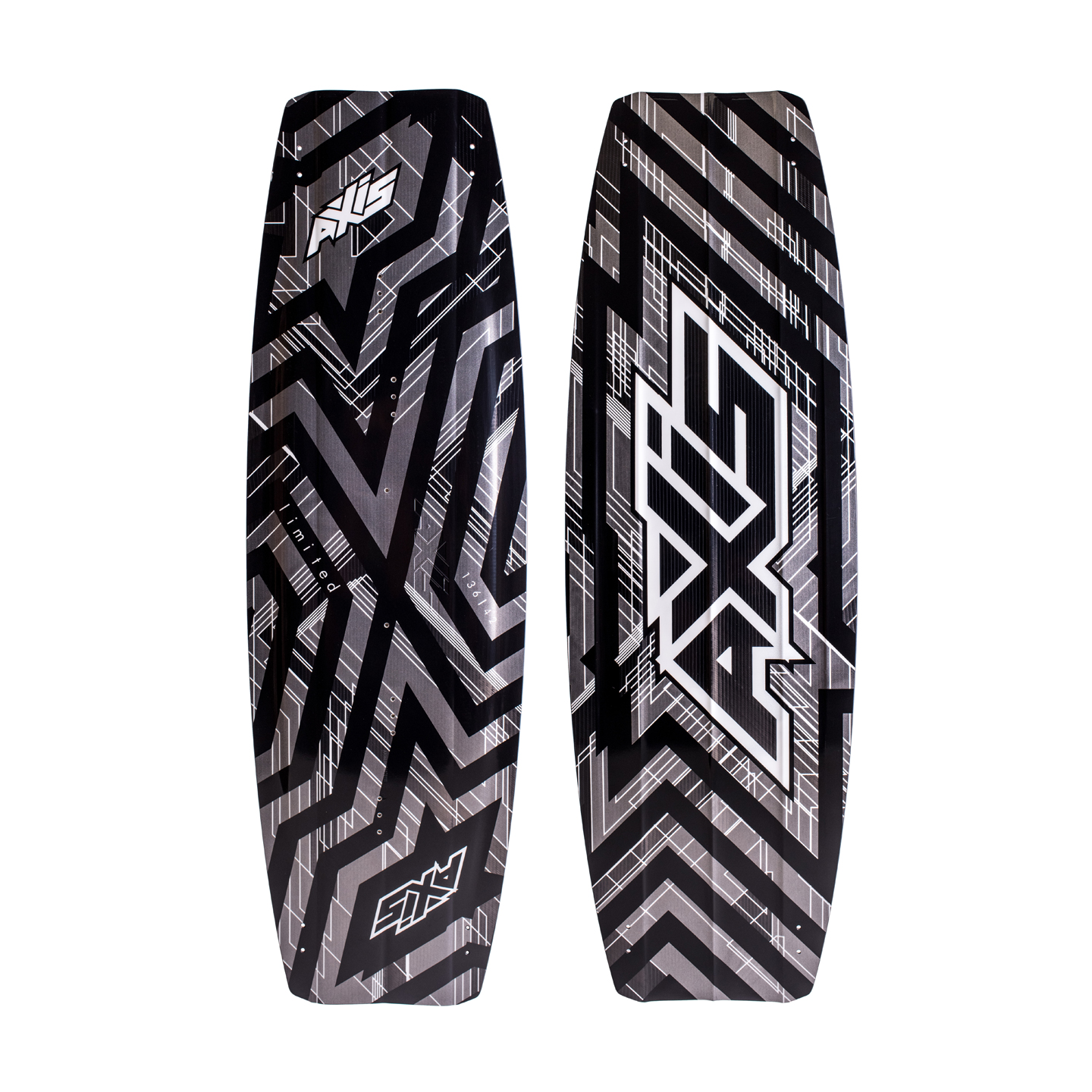 Sleek, sharp, sophisticated, powerful, responsive, and precise. Axis have combined these characteristics into their flagship freestyle board, the 2015 AXIS Limited. 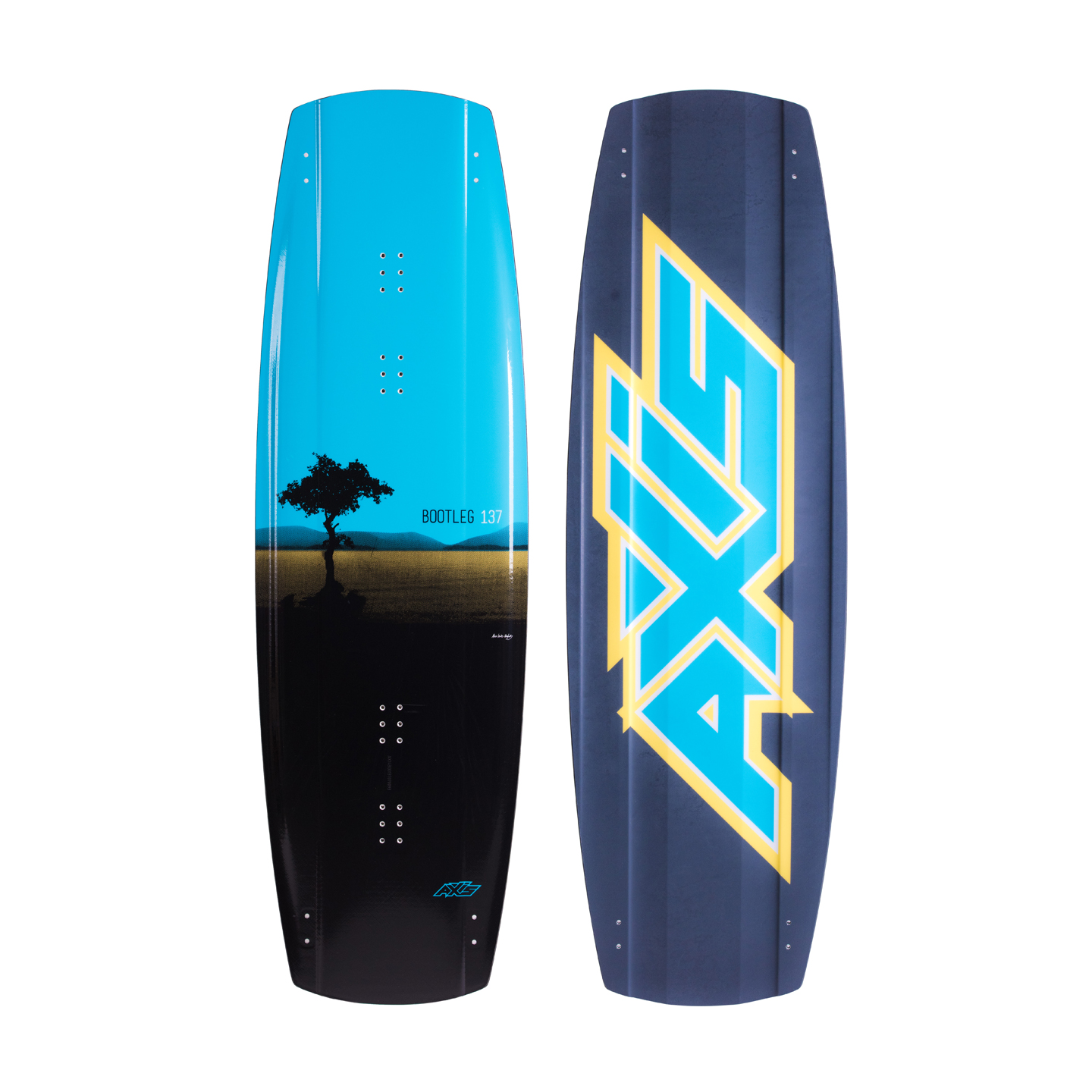 The 2015 AXIS Bootleg is the ideal boots/park board behind a kite. Axis worked closely with Alex Lewis Hughes and pro-rider Billy Parker to design a board that allows the rider to hit any rail or kicker with confidence and deal with any landing you can stomp. The Bootleg is a smaller version of the Parker Pro and is slightly softer and more flexible, ideal for smaller Billy Parkers and lighter riders. 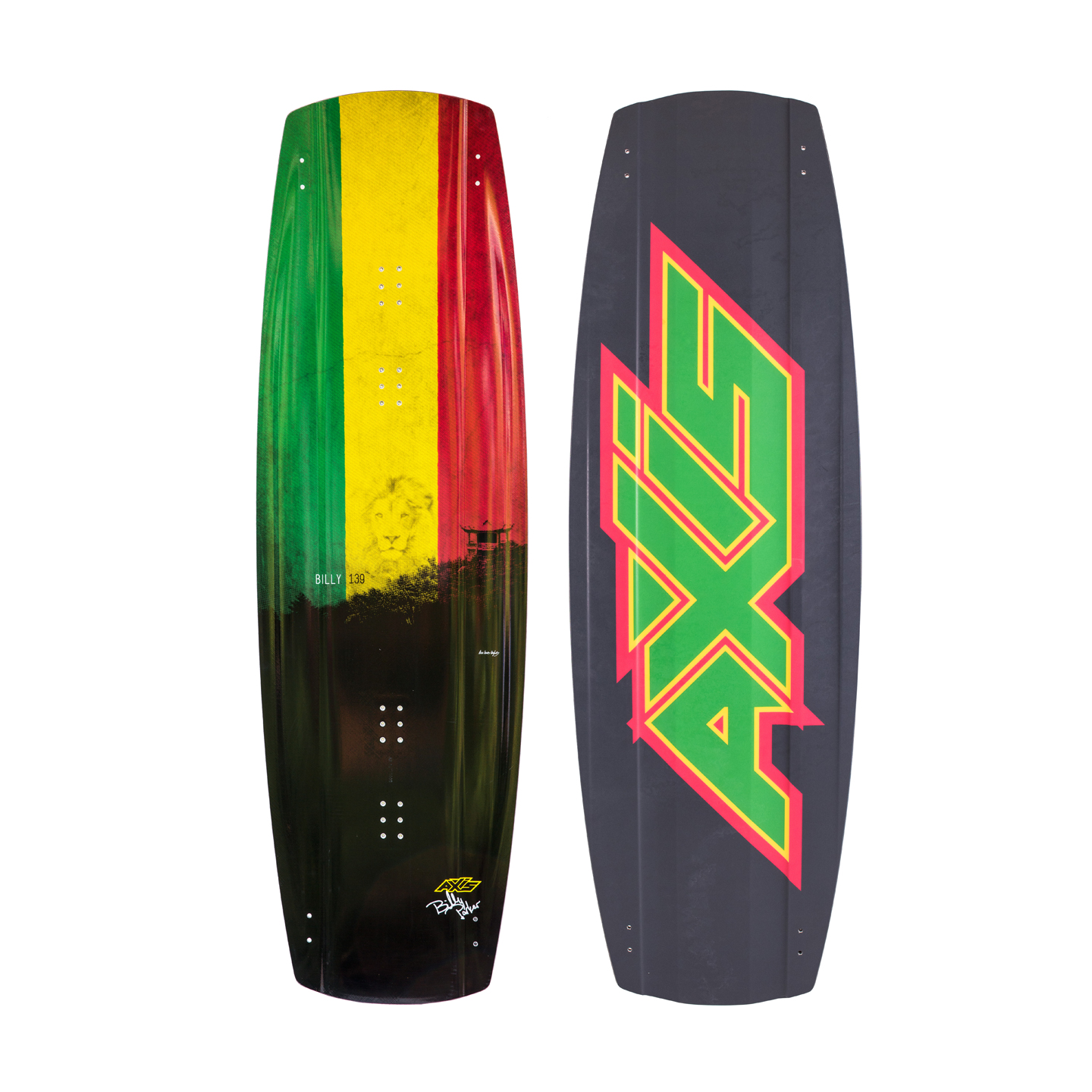 The 2015 Axis Billy is the product of hard work, dedication, drive, and skill. It is the collaboration between the pro kiteboarder, Billy Parker, and AXIS Kiteboarding’s master shaper, Adrian Roper. The Billy has been in the works for several years and specifically designed for hitting features, such as kickers and rails, as well as taking extremely high impact landings. 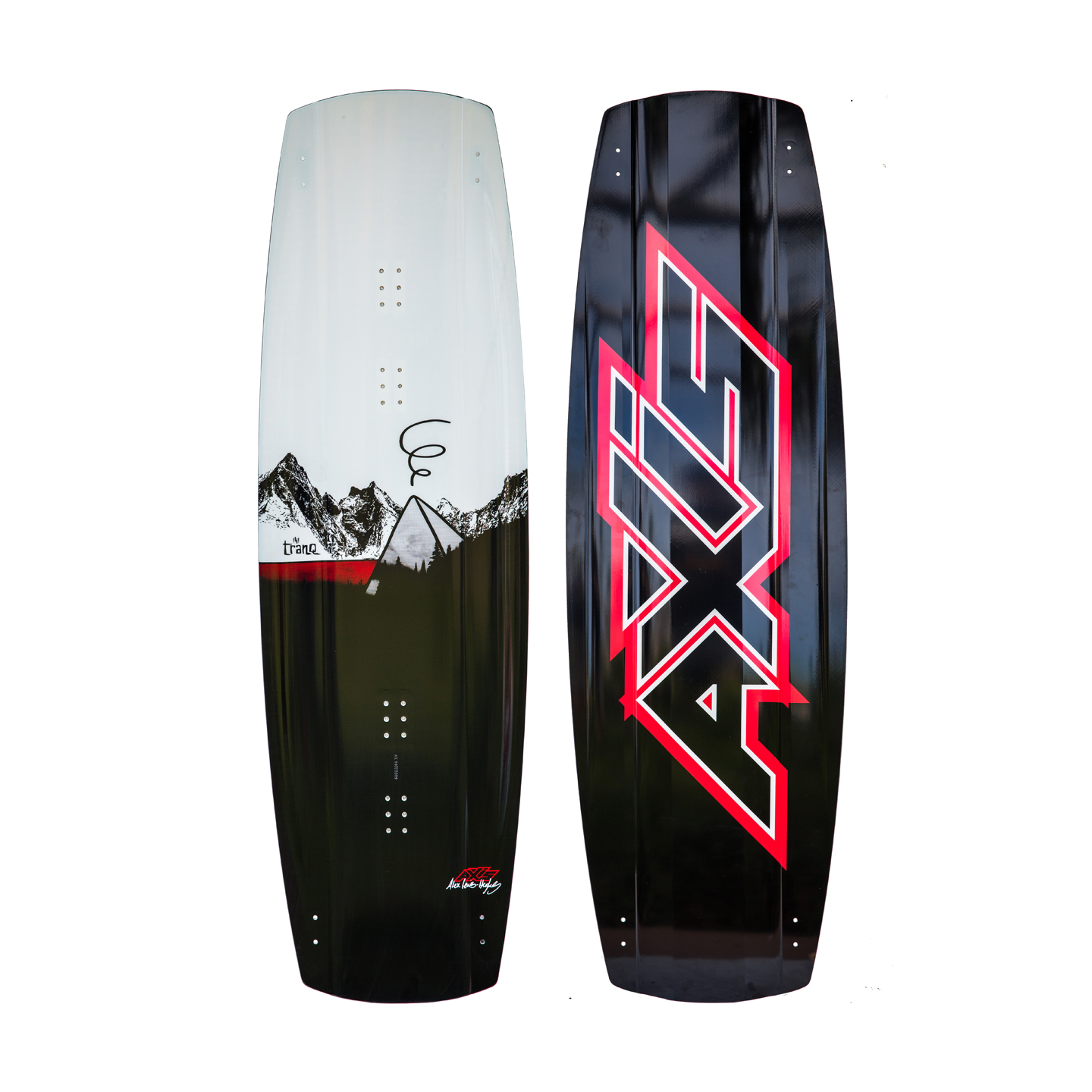 This board was designed by Alex Lewis-Hughes to do what he likes best, everything! The Axis 2015 Tranq is an all-rounder board dealing with anything you can throw at it, flat water, wave kickers, sliders, kickers, and park riding. Alex needed a board that had enough rocker to be good off kickers but flat enough to get good pop and speed in shitty wind. 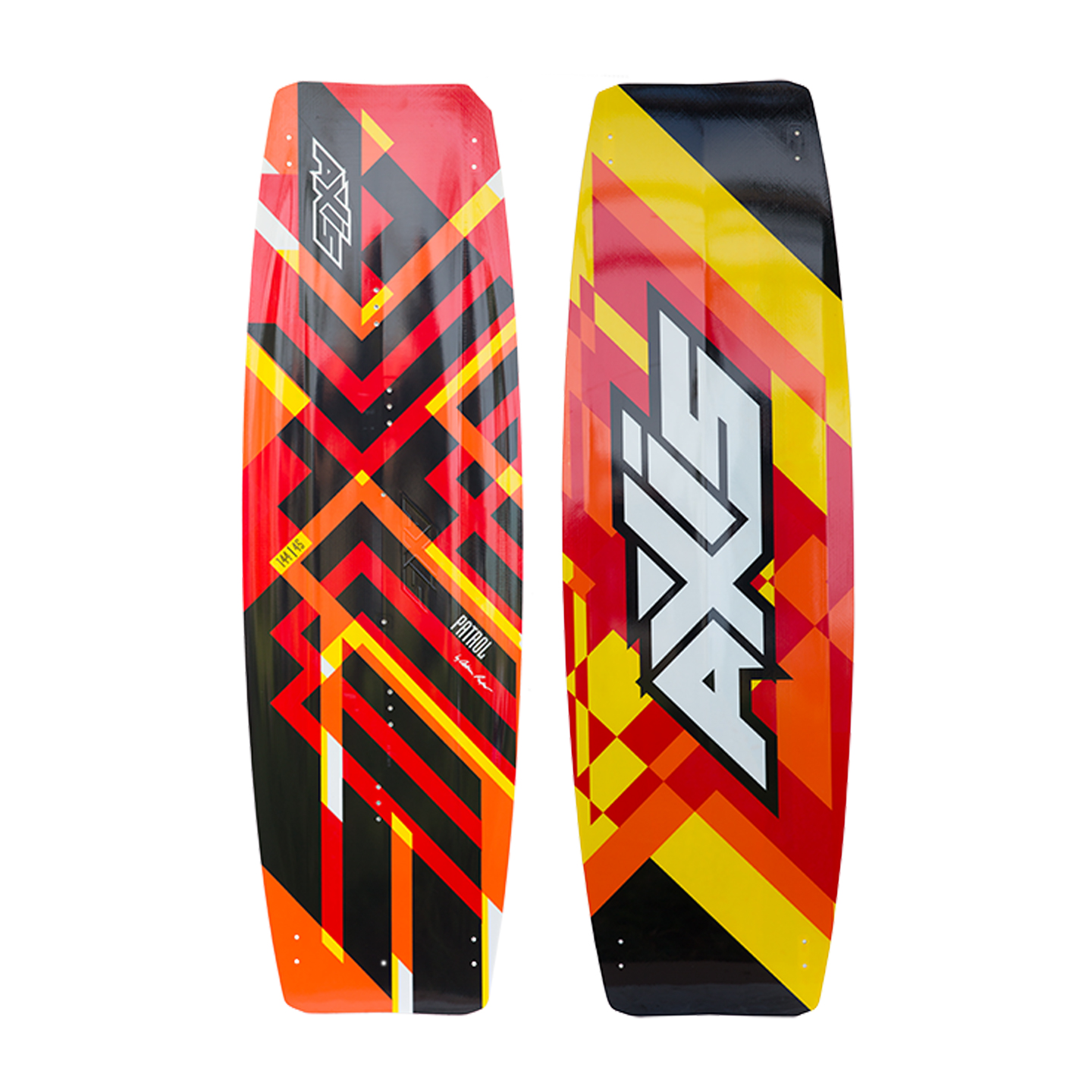 The 2015 AXIS Patrol has maintained the construction and design details from its 2014 predecessor, while improved further on materials and manufacturing process. Light, strong, snappy and ready to pop in the lightest conditions. 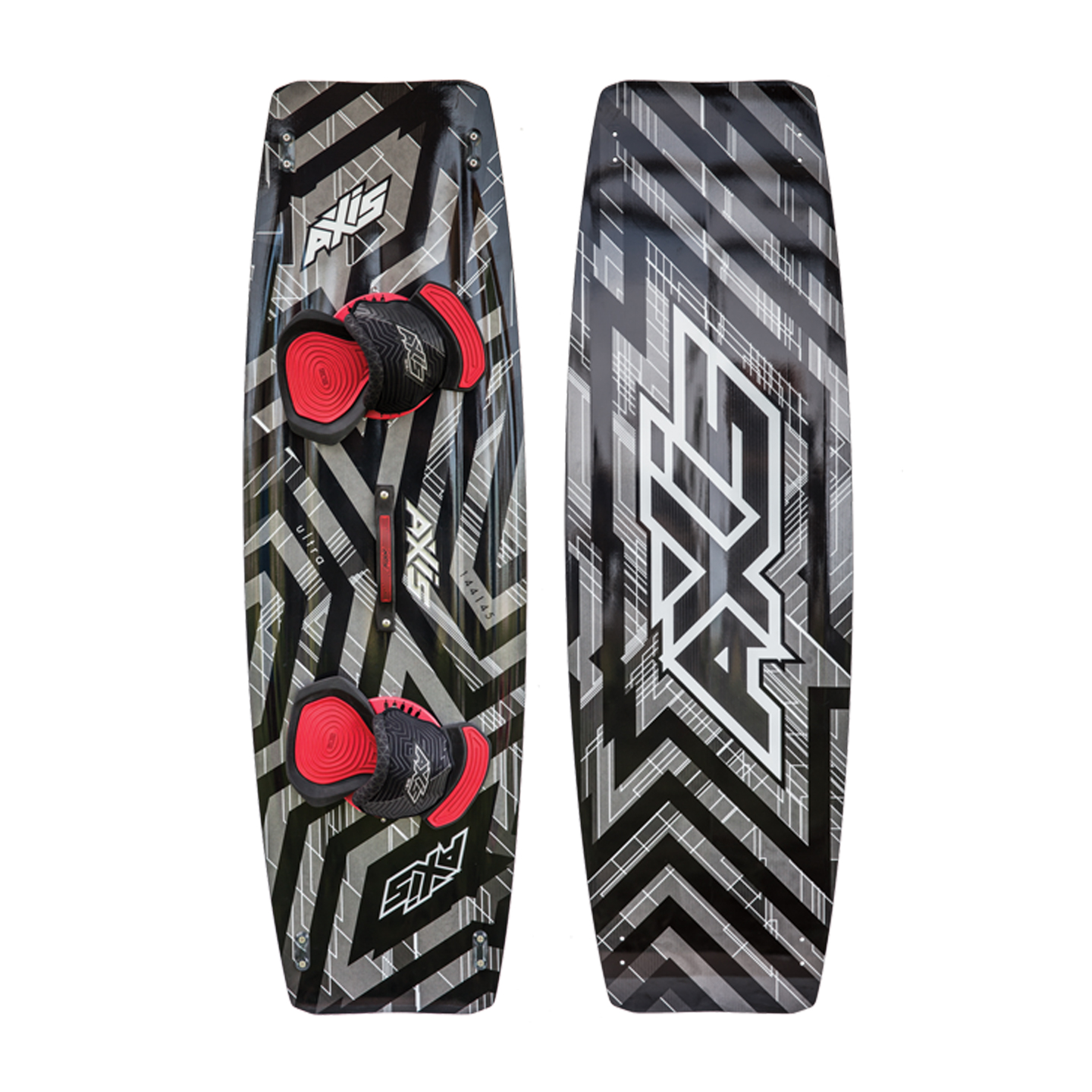 The AXIS ULTRA 2015 has the same shape as the 2015 Patrol but lighter and more responsive thanks to BIAX Carbon upgrades giving the highest performance light wind twin tip in the AXIS kiteboarding range – probably across any other light wind board on the market. 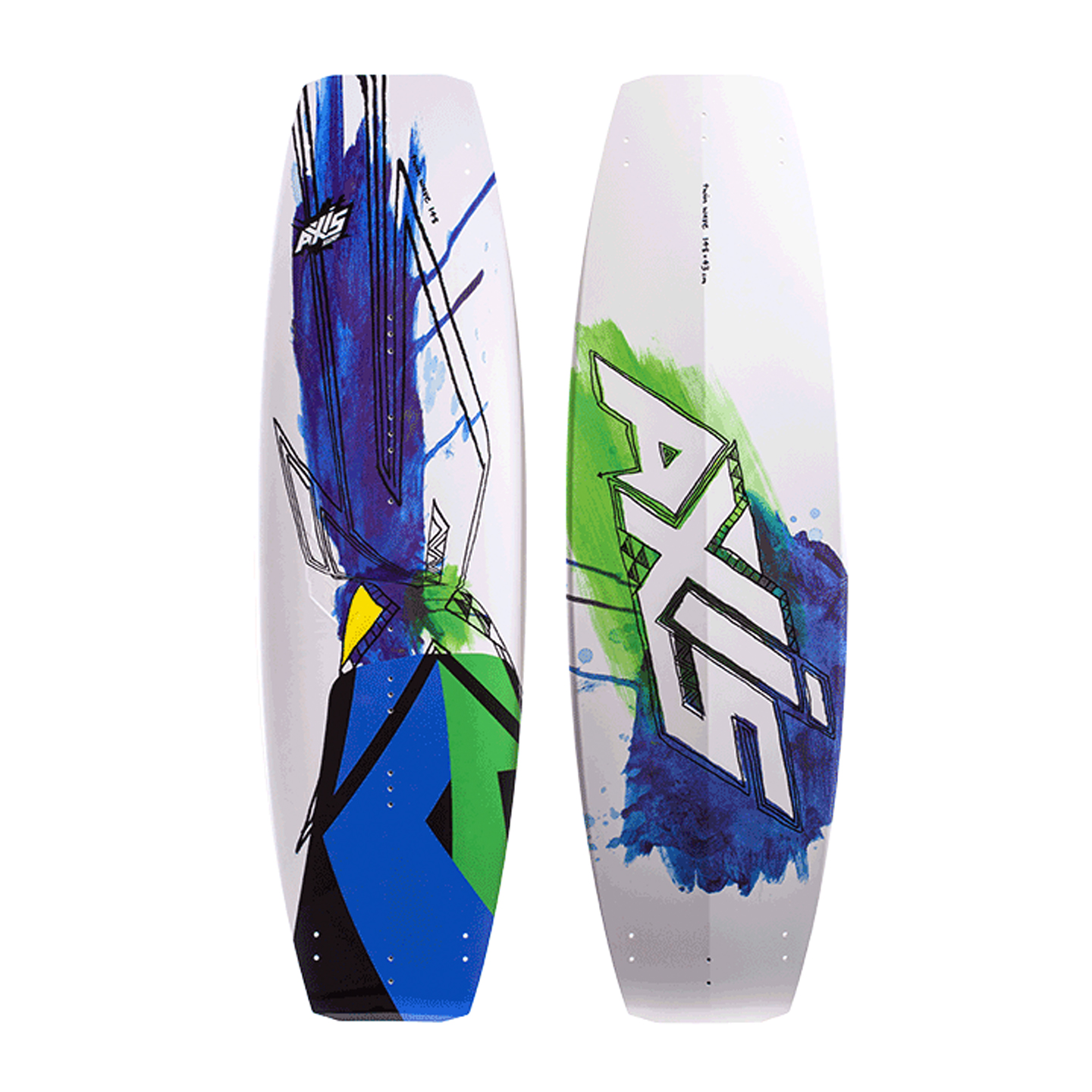 The 2015 AXIS Twinwave is a unique twintip that has been designed specifically for the waves. The concept is not a new one, actually a kickback to the roots of Twintips. That’s right Axis is OG and know that there are those of you who want waves on a twintip. 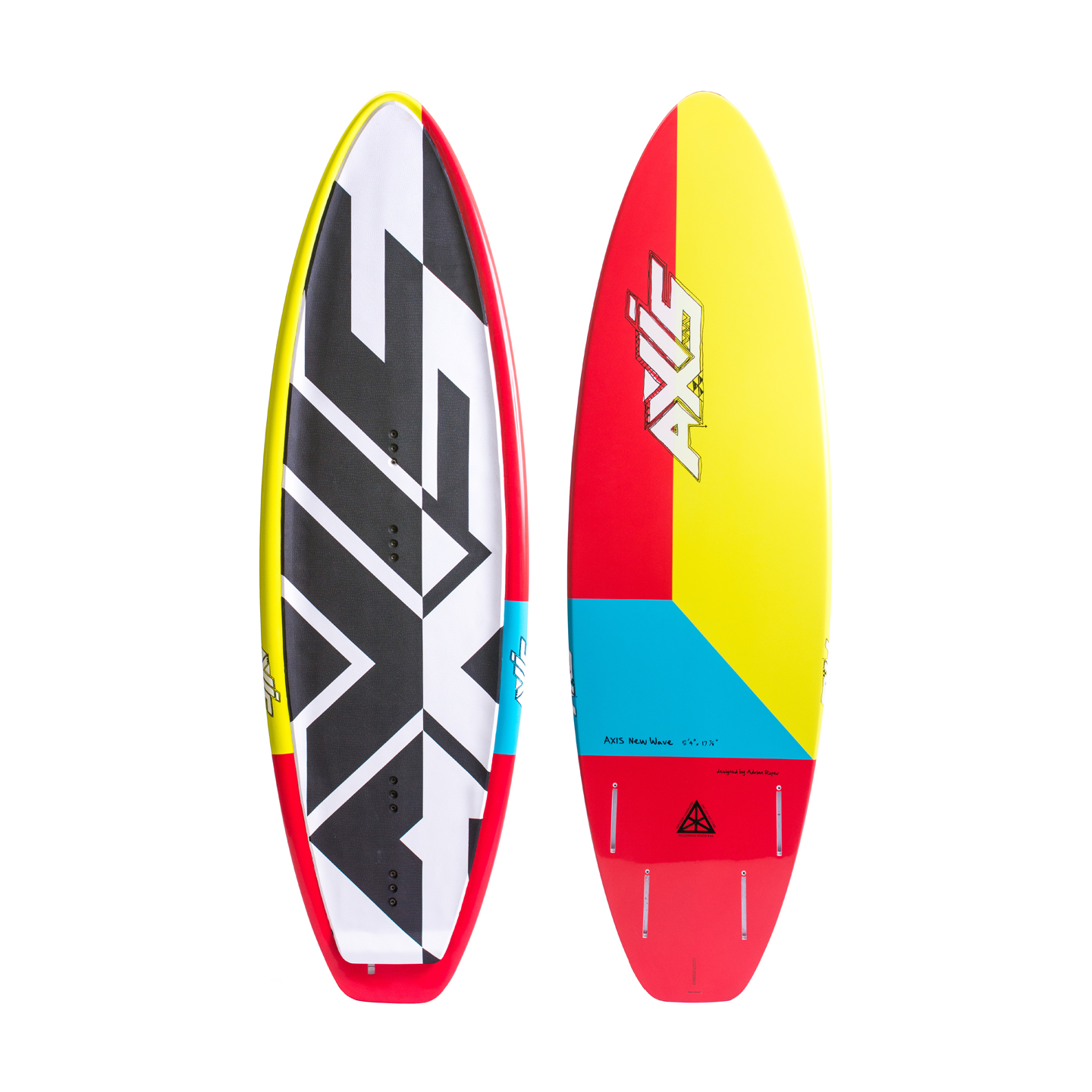 The 2015 AXIS New Wave is a very unique kite-surfboard and is one of Axis’ most popular boards to so many different groups of riders. The New Wave offers amazing versatility, being used as a twin fin, a skimboard with no fins, fully finned as a quad in the waves, as a flat water board, a light wind board, for learners, for pros, with straps, strapless, or flat water freestyle. This is a board worthy of the creative rider who shreds outside the square. 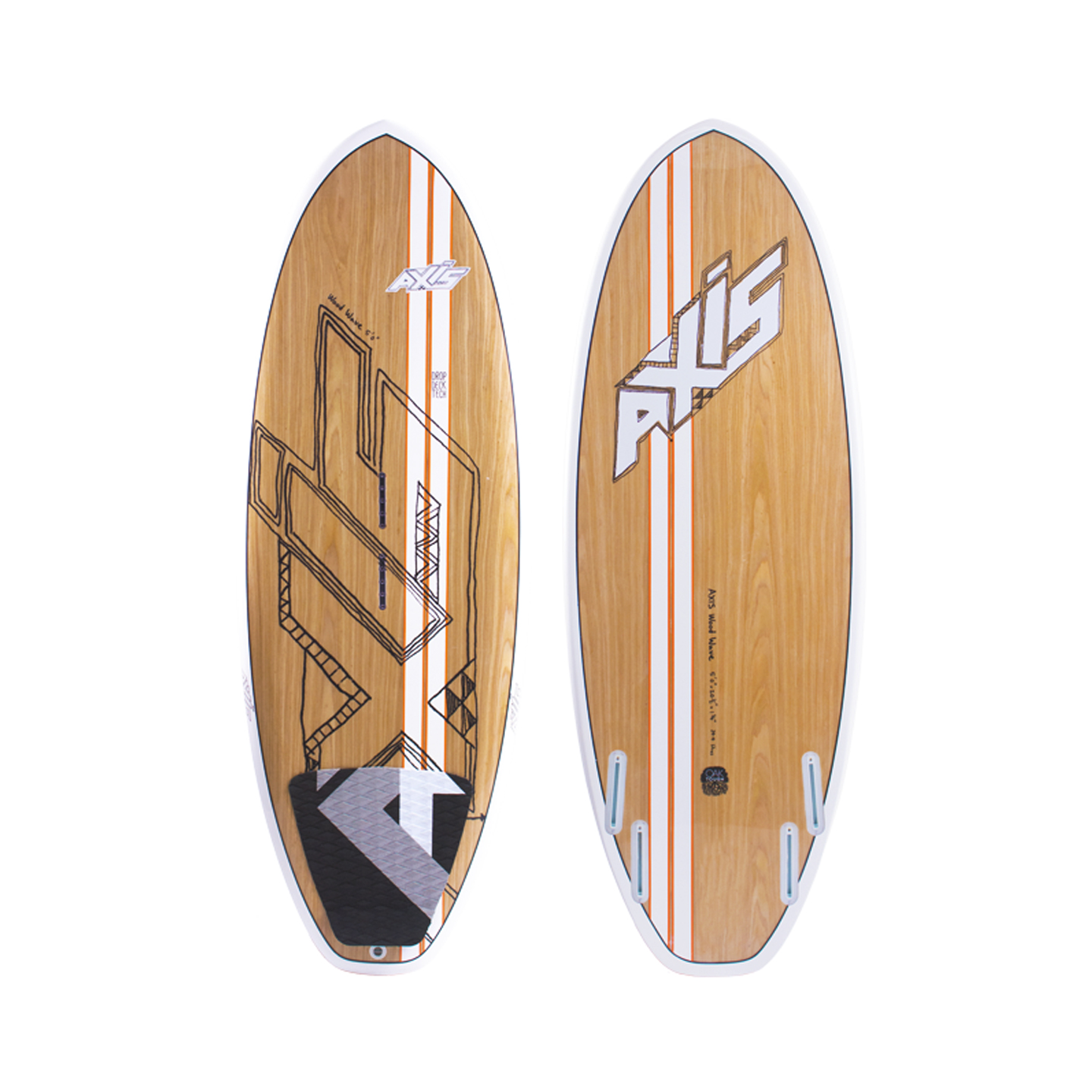 The 2015 AXIS Spud is their specialist shape for anyone who does not live at the sideshore/crosshore turquoise firing surf break where you can see your kite through the clear lip while being barreled in the lovely tropical waters of never never land. That’s right, picture yourself making the most of small mushy onshore waves, surfing a lake, throwing down strapless airs, or racing sections for a bit of sideways slide hacks on small onshore mush! 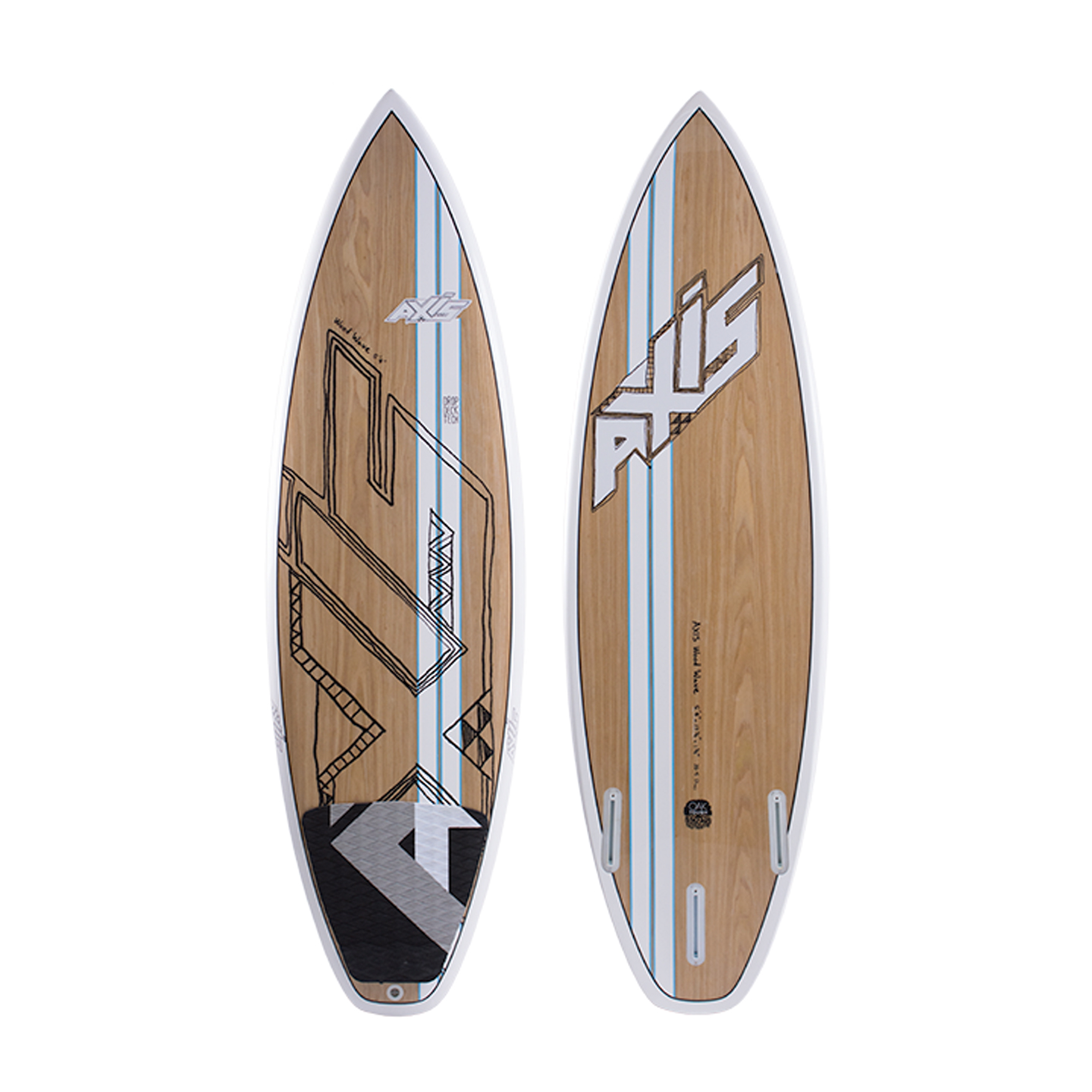 The 2015 AXIS Wood Wave is their dedicated surfboard shape for wave riding. We all love the idea of kitesurfing our shortboards, but alas we all know surfboards do not last long. So at AXIS we created a strong durable board that has the flex and feel of our favourite surfboards, and gave them to the surf team to destroy. Through thorough testing Axis have achieved a sweet balance of weight, durability and performance. 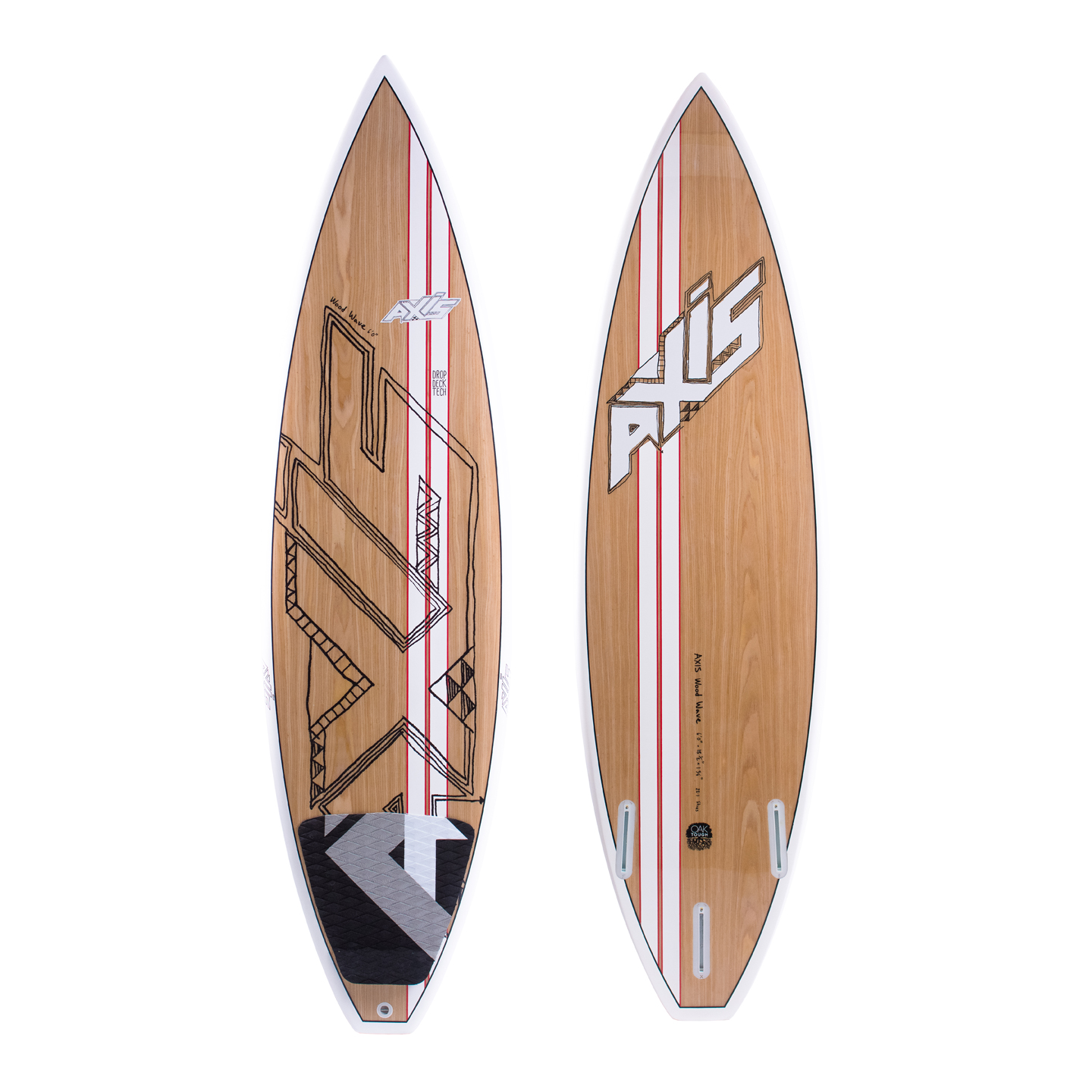 The 2015 AXIS Pro Wave is Axis’ performance surfboard and the choice of their pro riders when the surf gets large and heavy. The shape features a narrow square-tail and pronounced rocker which make it quick and ideal for aggressive pocket surfing. The turns are insane! Choose the Pro Wave for heavy and bigger waves, when control, performance, and the highest scores are needed. 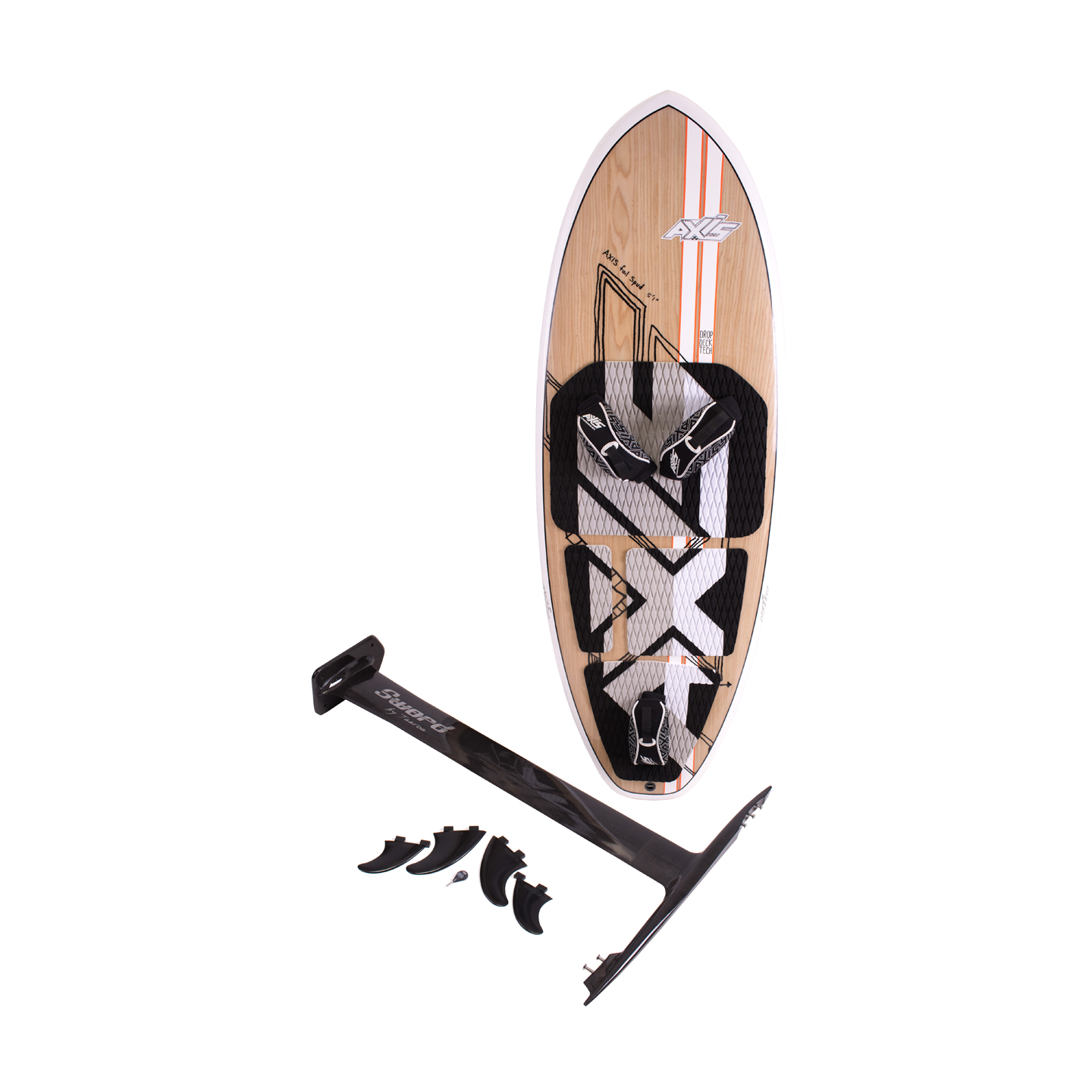 AXIS is committed to the development of each discipline of kiteboarding, and foilboards are a new exciting way of riding in light conditions, racing, or cruising and exploring.

Buy an Axis 2015 Kiteboard at King of Watersports today.