Warning: Declaration of FDX_Widget_search::form() should be compatible with WP_Widget::form($instance) in /home/customer/www/blog.kingofwatersports.com/public_html/wp-content/plugins/wp-twitter/modules/class-p2.php on line 47
 » Jack Robinson Joins the Billabong Surf Team.
Home
Accessories 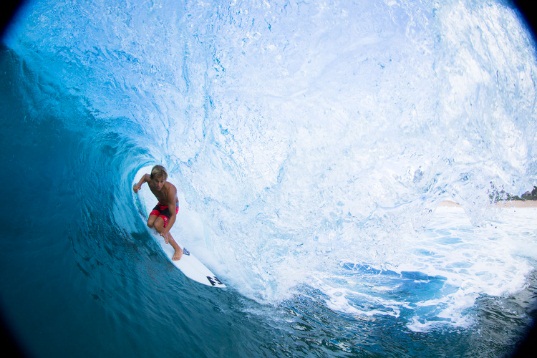 Robinson, the 16 year old prodigy from Margaret River, West Australia has long been ‘one to watch’, first garnering the interest of industry insiders at the age of eight, when he began winning contests against surfers twice his age.

When video footage of a 10 year-old Jack Robinson started making the rounds, people began to wonder, “Who is this little blonde kid, charging ledgy, heaving spots like North Point and The Box?” Jack was already threading barrels on waves that were two or three times his size and nailing air reverses better than some of the guys on the world tour.

By his 11th birthday, Robbo was surfing Pipeline in Hawaii. By this point in time, people began to recognize the kid with the blonde mop surfing the world’s most famous and heavily localized wave. It wasn’t the first time a kid had been spotted out at Pipeline, but the difference was Jack was spotted out there nearly every day, even when Pipe was hitting Second-Reef at eight-to-10 foot.

By age 14, Jack landed the coveted #1 spot on Surfer Magazine’s annual Hot 100 junior list. It’s a prestigious list, sometimes controversial because of its subjectivity, but it is established as an undisputed barometer for future surfing talent, particularly in the USA. To rank in the top 10 is a boon. To win virtually guarantees future surfing stardom. 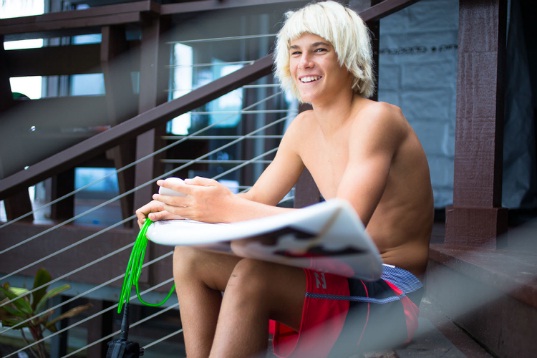 A month ago in Hawaii, just a couple weeks after celebrating his 16th birthday, Jack paddled out at fabled big-wave spot, Sunset Beach, into the biggest surf ever contested for a junior event and won. Eleven-time World Champion Kelly Slater was among the guest commentary team and was not surprised by the outcome.

A select few are considered as once-in-a-generation type surfers. Surfers like Martin Potter, Tom Curren, Occy, Kelly Slater, Andy Irons, and Dane Reynolds – surfers that possess a unique raw style and have a certain charisma that generates interest, whether they are winning or losing.

Billabong Founder, Gordon Merchant, has personally witnessed these prodigious surfing talents emerge, fire and change the sport since he founded the surfwear company in 1973. He still sponsors one of them, Mark Occhilupo, to this day. He believes Jack has this special potential.

Says Merchant: “I am extremely pleased to be able to welcome Jack Robinson to the Billabong surf team. Jack is something very special; his surfing speaks for itself. His power, speed and instinctive timing combined with a style and self-confidence that are beyond his years – it’s a very rare combination to find in a 16 year-old, but Jack has it all. Please follow our journey together over the coming years, it’s sure to be incredibly exciting.” 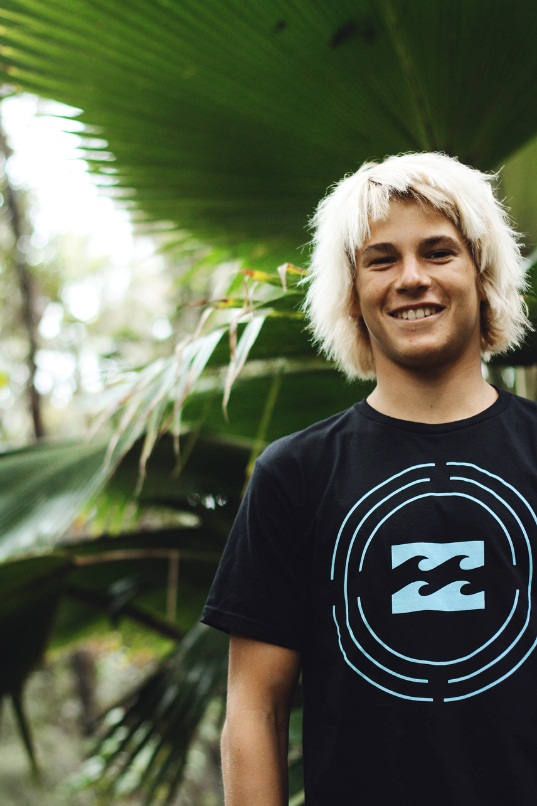 “First, I would like to thank Billabong for believing in me. I already know that the trust and support I will receive is more than I could ask for. Billabong is an iconic brand that has stood the test of time. Their team, their events in venues such as Teahupo’o in Tahiti and Pipeline in Hawaii, their history and their direction are everything I want to be a part of. This opportunity offers more than a surfer like myself could possibly want.”

Of his predecessors, it is Burrow’s career that Robinson is most likely to emulate; like Burrow, Robinson is a pre-eminent teen talent, reared in the challenging waves of remote southwest Australia, nurtured, coached and now ready to be unleashed upon the world’s stage. Robinson’s forthcoming years are buoyed by high expectation.

“I think Jack is such an incredible surfer and such a good kid,” explains Burrow, who has watched Robinson’s rise from a young age.
“There’s not a better 16 year old on the planet that can ride the tube like he can, he’s as good as it gets. His style is solid too; he’s like a young Andy Irons. He loves surfing so much. He’s going to absolutely shine. I look forward to watching his surfing progress and I’m stoked he’s on the team,” said Burrow.

Robinson is currently in Hawaii and will be returning to Australia on Feb 13 to compete in the Hunter Business Boardriders Pro Junior in Newcastle, NSW.