Warning: Declaration of FDX_Widget_search::form() should be compatible with WP_Widget::form($instance) in /home/customer/www/blog.kingofwatersports.com/public_html/wp-content/plugins/wp-twitter/modules/class-p2.php on line 47
 » 2014 Kiteboarding World Cup, Panama.
Home
Kitesurf

The 6th and final day of the PKRA Kiteboarding World Cup Panama finished with a flourish yesterday as Christophe Tack and Karolina Winkowska took home the top sopts in the Nitro Cutry Kite and Cable Challenge.

With the pressure of the main freestyle event a memory of yesterday, the kiters relaxed into the fun competition format and smoothly transferred their talents between the kiteboarding and cable wakeboarding arena. 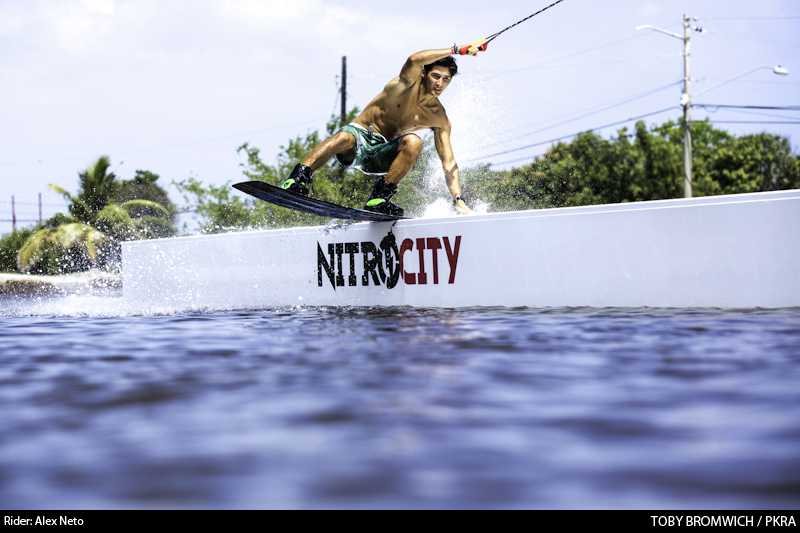 Today’s Cable contest had the top eight men and four women finishers from yesterday’s kiteboarding Best Trick contest doing battle for the top spot by showcasing their skills behind the cable. Taking place a mere 150 meters from the stunning beach, the stage was set with the Red Bull mobile DJ unit spinning tunes and American kite pro Erik Reinstra commentating the action.

With six passes through the two-obstacle course, riders scored were based evenly between their tricks on the kicker and their slider manoeuvres. The sum of their score from today and yesterday’s kiteboarding best trick contest was then added together to decide the winner.

The ladeis were first out on the watre, and were clearly having fun as the amped crowd cheered them on.  With some solid passes and spectacular crashes, the ladies put forth a valiant effort.  In the end, it was a double whammy from Karolina Winkowska – Frontside 360 off the kicker and nice ollie on slider hits that led her to a triumphant win with both the highest kite and cable score. 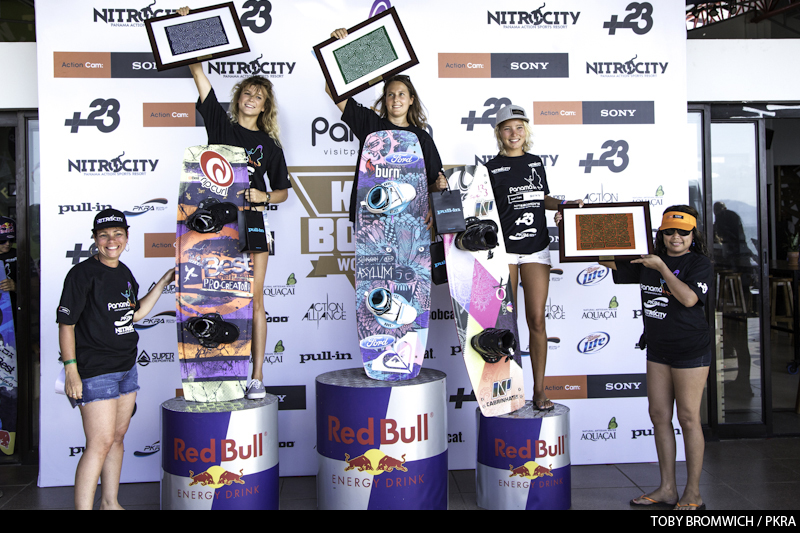 For the men it was Aaron Hadlow and Christophe Tack that shined the brightest, as they smashed out a variety of impressive tricks on both the slider and kicker.

Hadlow styled out the first big hit of the day with a Toeside Backside 540 off the kicker as well as a smooth Nose Press to Blind on the slider. Tack also went big and almost landed a Heel Frontside 900 after stomping a consecutive Backside 540 and Frontside 720.

In a nail biting finish Hadlow’s cable scores totaled 0.1 point higher than Tack’s, however after combining the cable and kite scores, Tack came out on top, giving him the victory by a mere 1.1 point spread.

With the winners of the Nitro City Kite and Cable Challenge decided, the Kiteboard World Cup Panama officially came to a close with a spectacular award ceremony crowning the event champions and awarding the Sportsman Award to Eudazio DaSilva, and the Best Newcomer Award to Analous Lammerts. 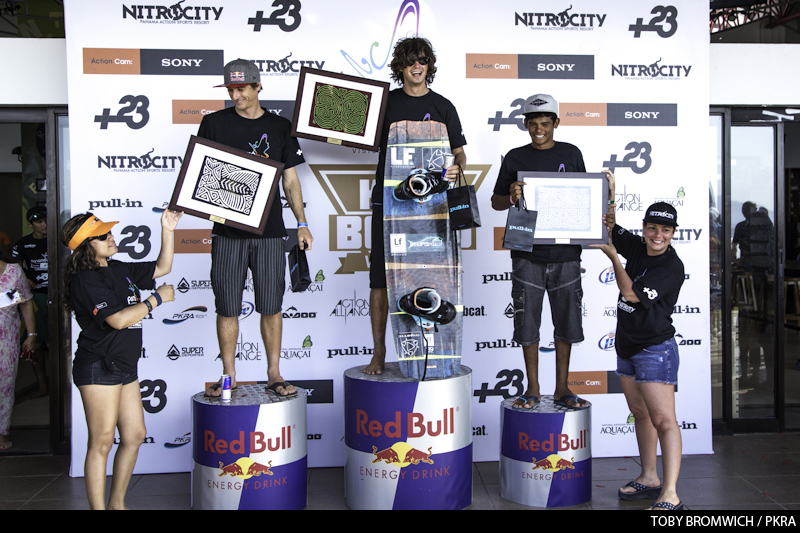 Congratulations to all who took part from the King of Watersports team.