Warning: Declaration of FDX_Widget_search::form() should be compatible with WP_Widget::form($instance) in /home/customer/www/blog.kingofwatersports.com/public_html/wp-content/plugins/wp-twitter/modules/class-p2.php on line 47
 » Billabong Belharra meets Hercules
Home
Accessories 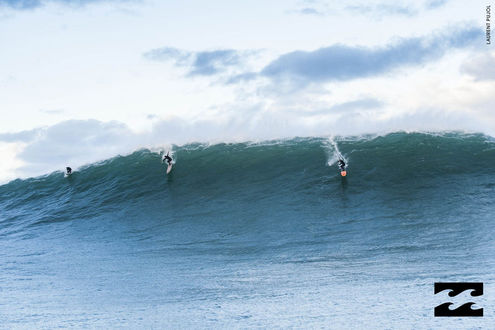 Hossegor, 8th of January 2014 – The gigantic swell generated by monster storm Hercules peaked during the night of the 6th to 7th of January 2014 and calmed down a little bit for the morning of the 7th to allow an incredible paddle session for a handful of talented surfers in the name of Shane Dorian, Benjamin Sanchis and Justine Dupont.

Shane Dorian completed 2 rides sharing one of them with Benjamin Sanchis as seen on the photo above.

Those waves were the biggest ever ridden, by paddling on this spot when usually surfers are towing in with jet skis.