The Supernova, “King of Watersports”, Inland Championship was held at Pitsford Sailing Club, Northampton and included the Class Association AGM. With not only the Championship at stake but also the election of the Association Committee it was not surprising the event attracted 40 entries despite many regulars not being available due to a clash with the Southampton Boat show. 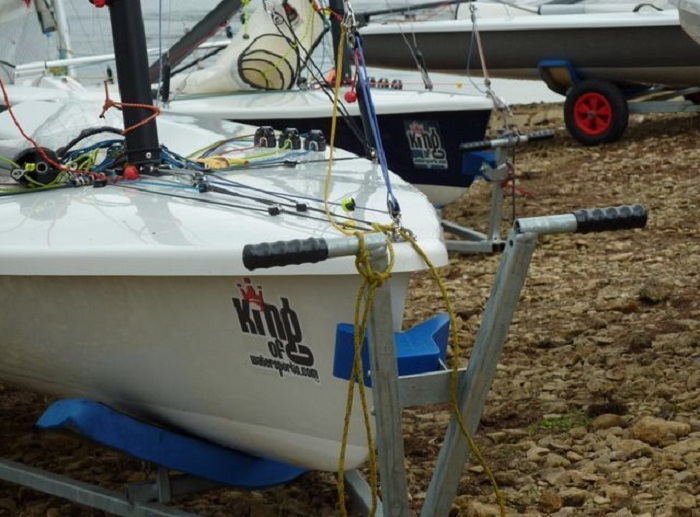 Off the water Steve Hawley, Barry Winter and Richard Pakes all stood down from the committee, in their place Paul Undrell (Events Co-ordinator), Gary Cottam (Webmaster), and Cliff Milliner (Technical Adviser) were elected to the Committee.

Paul Earnshaw (Chairman), Ian Casewell (Treasurer), Stuart Catterall (Publicity Officer) and John Walpole (Secretary) were all re-elected.
In the Chairman’s report Earnshaw took the opportunity to talk about our sport being one of the few self policing and that although we want the racing to be competitive we should still be mindful that we do not want to get to the point where we adopt on-water umpiring. As a fleet breach of Rule 42 is not yet a major problem, however should breaches of Rule 42 become more frequent the fleet may adopt on-water umpires for championship events. We should in the first instance look to control the rules through our own actions.

Competitors should be prepared to “politely”, speak to others on the water or protest should this not be effective.

On the water four races were scheduled for Saturday and two races for Sunday, the forecast for each day was very different with light winds on Saturday and strong winds on Sunday. The first race was held in a light North Easterly Force 2-3 breeze. Phil East had a great start and led the way around the first mark he was eventually overhauled by Cliff Milliner who was relishing the light conditions and took the line honours by a comfortable margin. East held onto 2nd place followed closely by Gavin Young and Richard Pakes. Robin Kirby from Cotswold SC in his first race in a Supernova finished in 11th position, could this be a name we could see more of in the future?

The start line for the second race had a distinct port bias, Tony Critchley and Paul Earnshaw took advantage of this and held a good lead round the first two laps. On the last lap, after getting caught up with back markers from the Lightning fleet and the chasing pack getting a big lift, Earnshaw was hauled in by the chasing pack, Milliner was the biggest beneficiary of the wind shift and in the last two legs of the course moved up from 6th position to 2nd. Critchley took the honours Milliner 2nd and Earnshaw 3rd. Mike Gibson shook off the shock of coming 17th in the 1st race to finish 4th. In the Junior fleet Alex Collins was taking a commanding lead. In the Veterans fleet (Over 60’s) a close battle was developing between Bob Pyett, Steve Johnson, Sam Hood and Chris Watts.

After lunch the winds were even lighter than the morning racing and with another port biased line it was crucial to get a good start, Gibson and Young took advantage of the biased line and led most of the way round the course, closely followed by Milliner and Pakes. Steve Hawley, who would end up as first Mk1 Supernova overall, showed his light wind skills and was unlucky not to finish even higher than 5th position. In the Masters fleet (Over 50’s) a close battle was developing between Critchley, Earnshaw and Gibson. New boy Jon Pebody from Hunt SC recorded his best result of the weekend finishing in 15th place.

Rumours were getting stronger that the Committee boat must be a very precious commodity at Pitsford as the line was once again strongly port biased. With many boats heading for the port end it was inevitable that some boats would be caught out. Unfortunately for Critchley, Earnshaw and Andy Flitcroft they were the only ones to be caught OCS. Critchley who was so obviously OCS returned to re-start however Earnshaw and Flitcroft who were hoping it was only Critchley who was OCS did not realise and were both recorded as OCS for the race. In a rapidly decreasing wind line honours were taken once again by Milliner followed by Gibson, East and Critchley who despite being OCS and returning to the start managed to sail through the fleet to record a fantastic 4th position.

Day 2 saw an increasing wind that had moved round to the South and with the Championship wide open tight racing was once again the order of the day.
In Race 5 Stuart Catterall finally started to show some form and after getting round the first mark in the lead held this lead to the finish line, he was followed by Gibson 2nd, Milliner 3rd and the improving Flitcroft 4th.

The Championship title was down to the last race with Gibson having to take the honours if he was to take the title away from Milliner.
Gibson’s chances of taking the title were effectively lost at the final start, Pakes took a major risk with a port tack start at the pin end which he successfully pulled off and led the race from this point, unfortunately for Gibson he was stuck further down the fleet and with such close racing was unable to pull through the leading boats. Milliner continued his consistent form and took 2nd place behind Pakes to secure the Championship title.

Catterall continued his windy weather form finishing 3rd. Andy Flitcroft was unlucky to capsize at the leeward mark allowing Critchley and Earnshaw to pass. The close racing throughout the weekend was highlighted by the battle between Young and Critchley on their final beat Young was a few boat lengths ahead of Critchley however a poor tack for the line allowed Critchley to sail under Young and take 4th place by a couple of feet. Not only did this move Critchley above Young in this race it moved Critchley into 4th overall moving Young down to 5th overall.

In the Silver fleet Chris Hawley took the honours comfortably followed by Ian Moody. Mike Gibson not only took 2nd overall but also took the Masters fleet trophy followed by Critchley. The Veterans fleet was effectively won by Bob Pyett with consistent results on day 1 with Steve Johnson closing the gap on day 2 in the windy conditions but not enough to take the title away from Bob. Alex Collins took the Junior honours with Hugh Cherkas 2nd and Lewis Brailsford 3rd.

It was fantastic to see a number of new faces at the event and have such competitive close racing sailed in great spirit.
Big thanks again to our sponsor King of Watersports and congratulations to Cliff Milliner for retaining his title and adding it to the 2013 Nationals Championship, Cliff is certainly the one to try and beat this year. 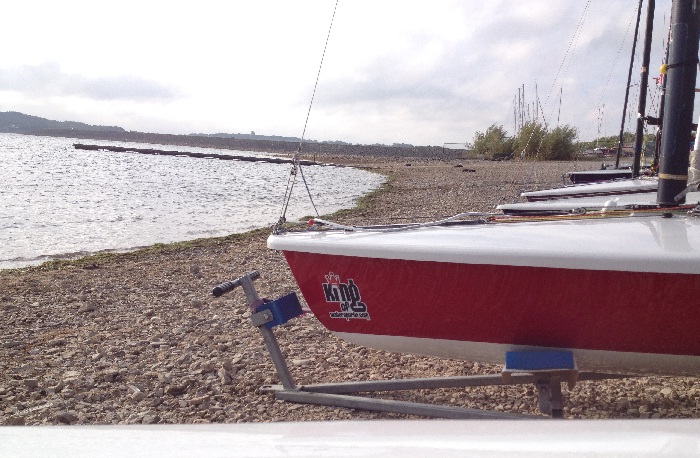