The first ever Weymouth Ecover Blue Mile proved a resounding success over the weekend of 27-28 July, with an amazing 467 people taking part in Naish SUP and Fatyak Kayak races and free taster sessions.
The event – held at the Olympic 2012 water sports venue – included the UK’s first ever Naish One SUP Race Series. 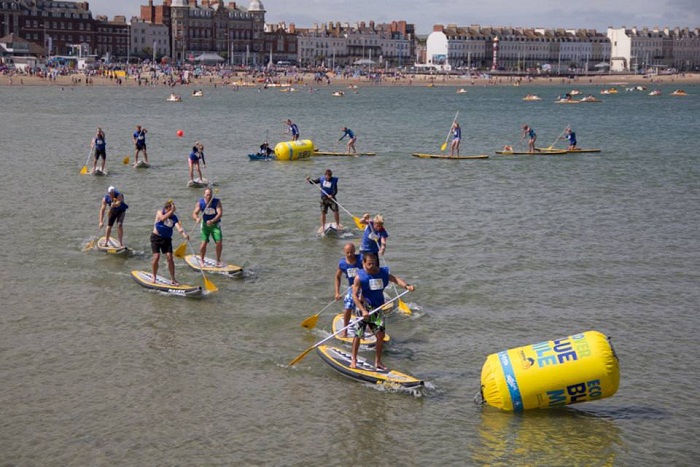 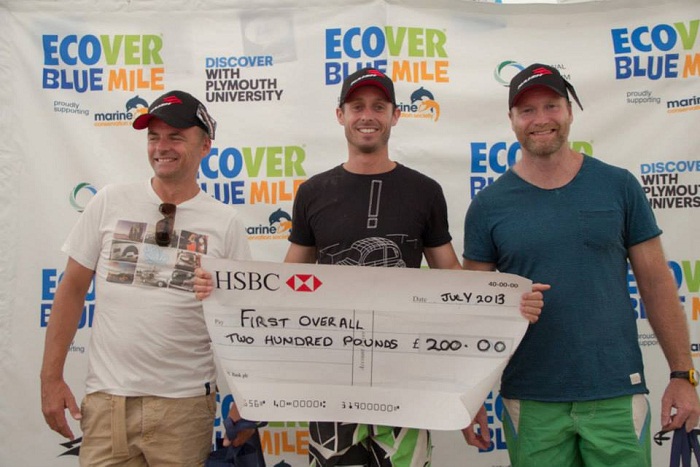 Winners of the male and female U-18 series were 16 year old Tom Wells and 14-year-old Lily Young, who is putting her prize money towards a trailer for her water sports gear! 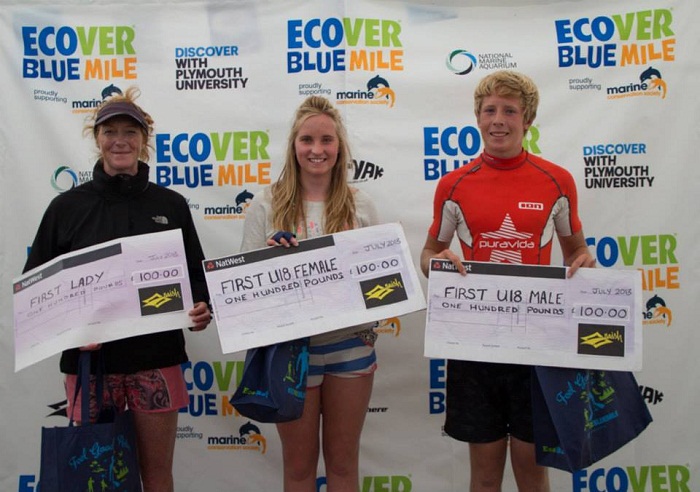 Alongside the racing, hundreds of people – many of them young children – tried out kayak and SUP in free taster sessions run by the Ecover Blue Mile, with trained instructors from Canoe England and Weymouth College.
Everyone taking part in events made a contribution to the Ecover Blue Mile’s charity partner, the Marine Conservation Society.
Conrad Humphreys of Sport Environment, who organise the Ecover Blue Mile, said: “This was our first Ecover Blue Mile in Weymouth and it was an amazing success. The venue, the crowds, the participants and the enthusiastic welcome we received in Weymouth made the whole weekend a fantastic experience.”

Alex Tobutt, representative of Naish UK, said the weekend had introduced SUP to brand new enthusiasts: “The really nice thing was that the SUP racing wasn’t elitist; anyone could take part.
“We had people of all ages and experience and some people had never done it before – and all of them were able to do it. Another great thing was that although everyone was competing, they were also helping each other and supporting each other.
“A lot of people talked about getting involved and asked about other events.
“The other nice part about the event was that we had a lot of spectators watching and cheering and some had never seen SUP before.
“Weymouth was a perfect venue; it’s sheltered and safe which makes it accessible. To get nearly 500 people through taster sessions in a controlled environment is unheard of to be honest, so that was brilliant.”
Although Naish pro wave rider Jan Sleigh competed, this was really a weekend for members of the public to join in.
Overall winner Stuart Appleby from Weymouth said the format was a winner: “There was good competition at the front of the races but everyone could have a go, which is what I really liked about it. And because we all had the same board, it was a level playing field.
“I’ve been doing SUP for a year or so and this is the first SUP race I’ve done. I loved getting out on the water and the whole day was good fun.” 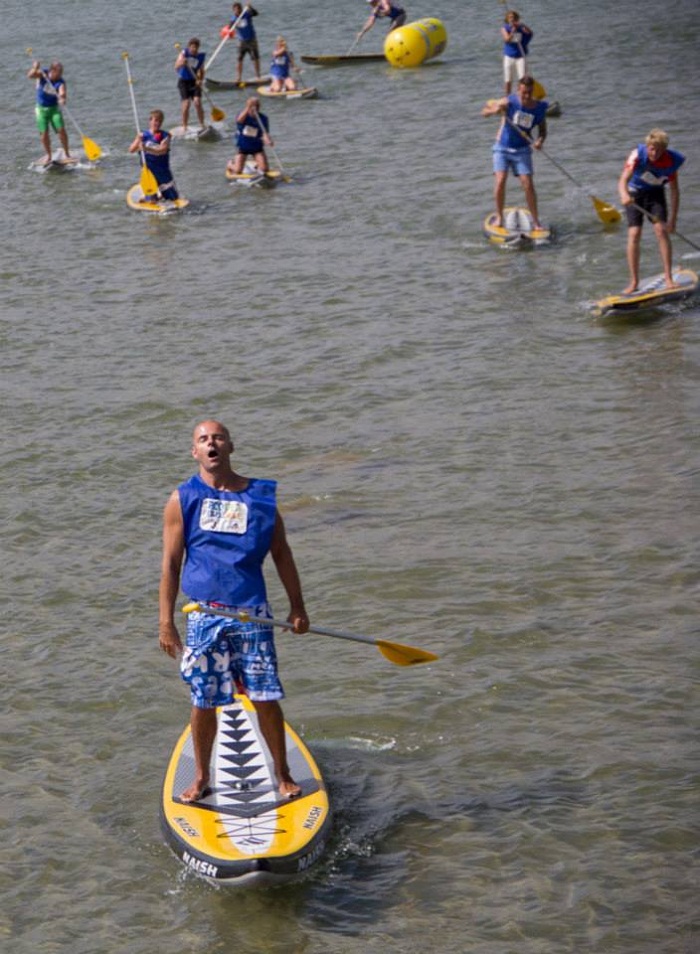 King of Watersports stocks a wide range of Naish Stand Up Paddle Boards –  to check out the latest range just click the link below!