Warning: Declaration of FDX_Widget_search::form() should be compatible with WP_Widget::form($instance) in /home/customer/www/blog.kingofwatersports.com/public_html/wp-content/plugins/wp-twitter/modules/class-p2.php on line 47
 » HOT OFF THE PRESS – NEW LIQUID FORCE 2014 KITE GEAR!!
Home
Kitesurf

The PKRA event in St. Peter Ording last week gave us our 1st glimpse at the new Liquid Force product for 2014. The boffins have been hard at work and it really shows with a better than ever line-up of product!!

The Envy and NRG have seen quite a few changes that make these super popular kites even more sort after, whereas the Hifi X is already so dialled in that it will roll over for 2014. You can expect to see new direct connect on the Envy and NRG, Split strut technology, new materials, sombreros, new valves, bladders and even a new pump!!

The bar and lines have also been beefed up with much thicker lines and more durable tech on the bar.

As far as boards go, a few of the old favourites have been replaced to make way for new hero’s in the line. Following the success of the Drive last year, Liquid have focus on providing more wood core decks and have replace the Full Contact with the Overdrive – this thing looks sick!!

We can also expect another great all-rounder board called the Focus – when you see it, you will want it!! In short, the twin tip collection looks stunning with the jewel in the crown being a full carbon Element – Competition Freestyle weapon!!

The surfboard line is partially rolling over for 2014 with the addition of 2 quad fin snub nose badboys called The Messenger. These will be extremely sort after and more than outshine similar offerings from competitors for 2014.

There is also another new 6 footer called the quickness that is a larger volume, matte finish stealthy mo-fo for light winds or stacked dudes!!

Footstraps – Lux, Bliss and Comp will carry over but we are proud to introduce the Fusion and Fusion X straps – these are going to come complete with most of the 2014 boards but will also be available as separates. These straps take control and comfort to the next level!!

Bindings have all had a face lift with the same carry over models although there is a new closed toe Ultra, which gives riders a really soft flexing boot with the responsiveness and protection of the closed toe.

Last but not least – Harnesses!! The Profile, Lux and Comp harnesses will all carry over due to their popularity but we have introduced 2 new waist harnesses – the Supreme and the Prime. Both are for different riding styles but feature the best CLAMP SYSTEM we have ever seen…. no more struggling to get in and out of your harness.

As the Largest Liquid Force dealer in the UK, King of Watersports will be first in line to take delivery of the new kit which is due to arrive shortly, please watch our liquid Force page for regular updates 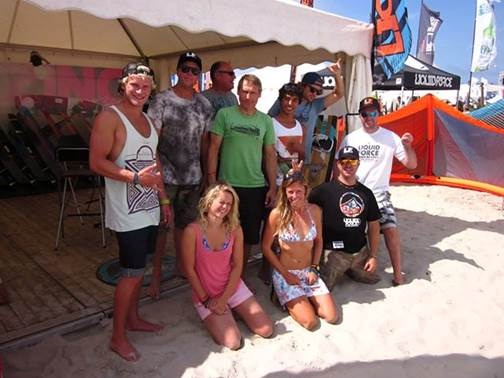