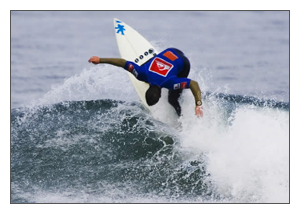 Quiksilver Portrush Open Roxy Portrush Women’s OpenQuiksilver 3 Degrees Series Event 3UK Pro Surf Tour (UK PST)Stop No 8 of 9 on 2008 UK PST1st 2nd November 2008Whiterocks Beach Portrush
Glenn Hall, who surfs for the Irish National team, took home the Portrush Open Title in clean 2-foot surf at White Rocks Beach in County Antrim, Northern Ireland. Glenn who learned to surf in Australia but has recently returned to his Irish roots, took control of the event from the first round. The small surf suited his sharp, effortless style and the gathered crowd of spectators were soon predicting his victory. Glenn not only won the final but also the http://www.kingofwatersports.com/ ‘King Of The Waves’ prize for the individual best wave score and ‘The Relentless Money Move’ for the most powerful manoeuvre to complete a clean sweep of the prizes. Glenn, who is ranked in the top 50 on the world professional circuit (WQS) was delighted with the win, which could not have come at a better time as he is getting married next month in Hawaii. Young Jayce Robinson from Cornwall put up a good fight in the final to finish second within a single point of Glenn. Last year’s UK Pro Tour winner and current ratings leader Sam Lamiroy took third and Martin Black placed fourth after an impressive semi final performance. The final was enjoyed by the biggest crowd of the Quiksilver and Roxy3 Degrees series so far who were also greeted with sunshine and light winds.In the Roxy Portush Open Women’s event, local Irish surfer Easkey Britton took control from the opening seconds of the final in a strong display of surfing. Easkey, who is studying in Northern Ireland, often trains at the contest venues of White Rocks and the East Strand whenever she is away from her home beach of Rossnowlagh. She also won the ‘Queen Of The Waves’ sponsored by http://www.kingofwatersports.com/ for the highest wave score. Shauna Ward from Bundoran finished second in small conditions at low tide that made wave selection all important. Sarah Bentley from Cornwall placed third and Raine Jackson from Australia finished fourth. The Portrush event had extra points and prize money for the best surfers in Britain and beyond who had travelled to surf in the previous events in Tynemouth NE England and Thurso in Scotland as part of the Quiksilver and Roxy 3 Degrees series. Spencer Hargraves representing the event sponsor said, “Quiksilver is proud to support the grass roots of surfing in Britain and Ireland. We have surfed the last three events in all possible conditions. We have had to contend with snow, gale force winds, and waves that have varied from 2ft to 8ft perfection. The 3 Degrees series has shown the high standard of British surfers and the great locations we have around our coastlines.” Coleraine Borough Council laid on their excellent facilities to the travelling surfers. Coleraine Borough Councillor Norman Hillis said, “I am pleased to welcome surfers from all around the world who had travelled a long way from much warmer places to be here at our great beaches on the North Coast. I’m sorry we haven’t been able to provide big waves here today. It’s the one thing we can’t guarantee, but as a boy I remember huge waves out here at our beaches, so I hope that you will all be back here again for an even better and bigger event next year.” As the Quiksilver and Roxy 3 Degrees series draws to a close with a very successful finale, the surfers now continue on to Newquay for the final event on the UK Pro Surf Tour where the overall winner will be decided.
Results: Open
1st Glenn Hall
2nd Jayce Robinson
3rd Sam Lamiroy
4th Martin Black
Womens
1st Easkey Britton
2nd Shauna Ward
3rd Sarah Bentley
4th Raine Jackson
http://www.kingofwatersports.com/ King of the Waves Award: Glenn Hall
http://www.kingofwatersports.com/ Queen of the Waves Award: Easkey Britton