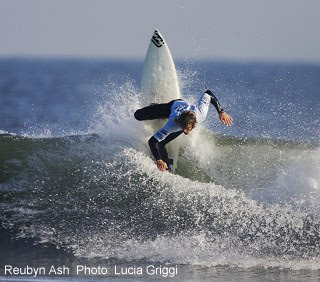 The Quiksilver North East Open and Roxy Women’s North East Open Surf Contest will take place next week, October 25th 26th at Longsands Beach Tynemouth. Some of the best surfers from across Europe will be competing for valuable points and prize money on the UK Pro Surf Tour. These include: Past European and British Champion Spencer Hargraves (Newquay), Local favourite and current Tour Champion Sam Lamiroy (Newcastle), 2006 UK Pro Surf Tour Champion Australian Micah Lester and 2007 Welsh Champion Mark Vaughan (Porthcawl), amongst many others.The Roxy North East Women’s Open will be the first professional women’s surfing event to take place on the North East of England and attract a strong field of competitors including Current Tour Leader Sarah Bentley (St Agnes), Irish Champion Nicole Morgan and English Champion Holly Donnelly (Newquay).This event is also part of a new Extreme Sports Festival XPerience 08, which includes: Skateboarding, Snowboarding, Live Music plus many other activities. That will draw thousands of spectators to flock to the beach to be entertained by surfers.It will be the first stop on the Quiksilver 3 Degrees Series. The other two stops are in Thurso Scotland, followed by Portrush N Ireland. It is also the sixth stop on the UK Pro Surf Tour which encompasses England, Wales, Scotland and N Ireland.UK Pro Surf Tour Director Dave Reed said “After the amazing surf we had last year we are all looking forward to coming back and experiencing what the beaches have to offer. The North East, particularly Tynemouth, has a fast growing surfing community and these events will support its growth”. Relentless Energy drink will give away £250 for the surfer who performs the most radical Re-Entry manoeuvre during the event. Online Watersports store Kingofwatersports will also provide ‘The King of the Wave’ challenge. The highest scoring wave in the men’s and women’s contest will receive a top of the range Sector 9 Longboard / SkateboardMany thanks must go to North Tyneside Council for the support of this event and the development of a new Extreme Sports Festival in the North East. http://www.kingofwatersports.com/